Blogroll Me! How This Old Brit Sees It ...: Guantanamo Three Being Brought Back To Britain ...

Guantanamo Three Being Brought Back To Britain ...

And even now, having had all this time to do whatever they chose to do (in secret), the United States still can't come up with enough evidence to charge any of these men with any recognisable crime.

The Pentagon insists the three men are dangerous

Three British residents held by the US at Guantanamo Bay have been released after more than four-and-a-half years and will arrive back in the UK later.

Jamil el-Banna, Omar Deghayes and Abdenour Samuer are on board a chartered aircraft along with a doctor and Metropolitan Police officers.
The men's lawyers said their clients had all agreed to "voluntary security arrangements" upon their return home.

The men are expected to be taken to the high-security Paddington Green police station in London to be interviewed.

But Mr Stafford-Smith said he expected the men to be released without charge after questioning on Wednesday night or Thursday morning.

Amnesty International's UK director, Kate Allen, welcomed the release of the three men and said they should be treated "first and foremost as victims of a serious miscarriage of justice".

"It's important that the government speaks out about the hundreds of men still held there - including at least two other men with ties to Britain - Ahmed Belbacha and Binyam Mohammed. These men must not become Guantanamo's forgotten prisoners."

She called on ministers to condemn the practices of rendition and secret detention, which the organisation claims "have fed the system at Guantanamo in the past six years".

Human rights? Habeas Corpus? Home of the brave? Land of the free?
Naw, mate. No way, Jose. Not any more. Not in 21st century BushAmerica. 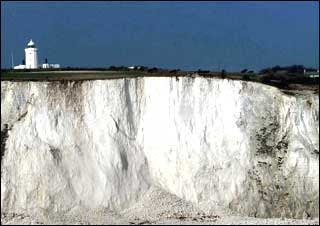 OK, they all arrived in one piece. Two have gone to [Paddington Green] police station to be interviewed [as planned] but one has been let go, on bail.

'UK Guantanamo detainee near suicide after years of torture, doctors warn.'
taken from the news.independent.co.uk page. Unfortunately, this page is no longer available.
So, you'll have to make do with this gem:

For $21.3 million, no less! Well, you've got to spend some of that war-profiteering cash on something, I guess!

One of these men has been blinded in one eye thanks to the brutality of his American jailers.

Whatever the eventual outcome regarding these released men, will the American brute who blinded him be brought to trial?

Now for something completely different...

Here's a GASP!-laugh for y'all:

After how many years of controlled access and "exceptional liberties" (read torture) allowed for interrogation there are what are essentially unconditional releases of these three and the Aussie before them, there is not even a showcase trial of anybody.

That pretty much says torture doesn't work as an investigative tool.

I don't see how one can reach any other conclusion than the US is illegally holding technically innocent foreign nationals at Gitmo.

We have more than we can handle trying to protect our own citizens from this kind of abuse. How come the rest of the world isn't screaming bloody murder about this treatment of theirs?