Blogroll Me! How This Old Brit Sees It ...: Obama, Oschama, etcetera...

Who the hell are we to argue with the (almost) perfect investigative, crusading journalist, John Pilger?

And anyway, why the hell would we want to? Especially since he continues pulling no punches while continuing to tell the truth : no matter how much it hurts some.

Just take a look at this teaser:

In his first 100 days, Obama has excused torture, opposed habeas corpus and demanded more secret government. He has kept Bush’s gulag intact and at least 17,000 prisoners beyond the reach of justice. On 24 April, his lawyers won an appeal that ruled Guantanamo Bay prisoners were not “persons”, and therefore had no right not to be tortured. His national intelligence director, Admiral Dennis Blair, says he believes torture works.

One of his senior US intelligence officials in Latin America is accused of covering up the torture of an American nun in Guatemala in 1989; another is a Pinochet apologist. As Daniel Ellsberg has pointed out, the US experienced a military coup under Bush, whose secretary of “defence”, Robert Gates, along with the same warmaking officials, has been retained by Obama.

All over the world, America’s violent assault on innocent people, directly or by agents, has been stepped up. During the recent massacre in Gaza, reports Seymour Hersh, “the Obama team let it be known that it would not object to the planned resupply of ‘smart bombs’ and other hi-tech ordnance that was already flowing to Israel” and being used to slaughter mostly women and children. In Pakistan, the number of civilians killed by US missiles called drones has more than doubled since Obama took office.

In Afghanistan, the US “strategy” of killing Pashtun tribespeople (the “Taliban”) has been extended by Obama to give the Pentagon time to build a series of permanent bases right across the devastated country where, says Secretary Gates, the US military will remain indefinitely.

Much of the American establishment loathed Bush and Cheney for exposing, and threatening, the onward march of America’s “grand design”, as Henry Kissinger, war criminal and now Obama adviser, calls it.

Sure, Mr Obama may manage to placate a certain percentage of the American public. He may even sort of semi-sort-out some of the deep doo-doo that America has recently sunk into. Dragging a hell of a lot of sadly unsuspecting (and/or far too trusting) others with it.

But believe us, just as sure as the jerk J.W.B was a wantonly warmongering, mass murdering "b", the blessed Obama's going to carry right on completely f*cking things up for most of the rest of us. Big time. Good style.

Ask any ordinary Afghan. Enquire of any regular Iraqi ~ and/or Iranian. 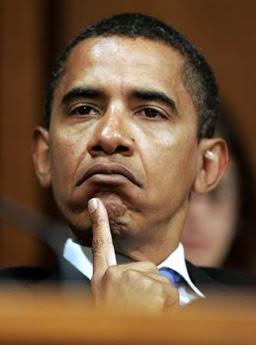 Same product but in better packaging. End of story.

Kiwi's right. This man is a multi-millionaire, professional American politician, and anyone who thinks he'll ever behave as if he isn't is crazy. He will talk as though he isn't what he is - and many will believe him - but he'll never act against the interests of his peers.

The sad thing is, John is no longer a spring chicken, much like you, dear Old Brit. What do we have when he, and the likes of Ramsey Clark, Ralph Nader, Galloway, etc pass on? Obama is an arrogant, power-crazed slime. I don't see his color - he and Bliar are like two sides of the same coin - shudder.
Sally