Yesterday, on a day that America's Iowa caucus-circus unknowingly & unintentionally entertained (as only America can entertain), serious political pundits everywhere outside that country, we elected to venture out in search of some serious culture.

Over several recent years we've now watched, listened to, laughed and wept our way through this brilliantly moving piece of musical theatre - three times in all.

The other Mrs Johnstone we once watched was (probably the better known), Barbara Dickson.

Yesterday's supporting cast, musical director and orchestra were as good as any we've ever experienced.

Sadly, the latterly revised stage script was most certainly not.

For yesterday the 'F' word wasn't thrown in once or even twice, for (perhaps?) dramatic effect -- but for far too many times.

It's not that we're prudes - in fact we couldn't be further away from same. Moreover, if this 'fouling up' of all earlier productions had actually helped make this super show better than it originally was, we'd no doubt have actually welcomed it.

The fact is that quite to the contrary, it definitely detracted - since it was unarguably, and entirely gratuitous. And as such was nothing short a shame.

We can't help but wonder if Willy Russell is aware of these alterations - and if he is we'd love to learn what he, as the writer, thinks. Likewise, local lad made good (as an extremely impressive, multi-millionaire impresario), Bill Kenwright. 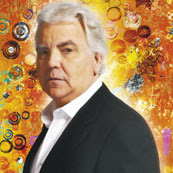 All that being said, this is still a magnificently, marvelous piece of musical drama.

In conclusion, if the opportunity to see it ever presents itself, do not miss it - because, believe us - you'll be all the better for seeing it.

But unless and/or until this revised, class act is cleaned up (script-wise), please don't take any children.

We (as it transpired, rather regrettably), took our 12 year old granddaughter. She was dumbfounded. We were embarrassed. As were several other families we overheard expressing some similarly strong views as the Empire emptied after the show.

"Did yer ever 'ear the story of the Johnstone twins?
Both, born and died on the self same day."

I've never even heard of this practice of "improving" a script by changing the dialogue. What were they thinking? And if you're going to do it, it only makes sense to do it in a manner that will draw the minimum amount of attention to the alterations. Update some of the slang if you must, but don't throw in a bunch of gratuitous profanity.

Unfortunately I didn't ever get an opportunity to see "Blood Brothers", though I wanted to for years.

I don't expect an opportunity will come up in the USA, but maybe there'll be a DVD at some point.
I won't mind a few "Fs" if I get to see it!

Using my husband as litmus papaer, I said "Educating Rita"? and "Shirley Valentine"? He nodded to both, so Willy Russell's work isn't unknown here - but his name isn't a household word.

Richard, as an old Bootle boy born just a few miles down the road from 'The Pool' I'm sure you can guess that I've also seen Blood Brothers.

If I can use just a "little" swear-word ... it's BLOODY brilliant. But I've not yet seen this latest 'changed language' production you're writing about.

Willy Russell's classic returns to the Empire for its twenty fifth anniversary year.

As Liverpool enters Capital of Culture year an old favourite returns to the Empire for another rollercoaster ride of emotion.

Opening to the backdrop of Liverpool’s skyline, Blood Brothers begins in the early 1960’s following the story of a single mother cleaning lady forced to give up one her newly born twins for the sake of money.

Having performed to rapturous applause around the world, the ultimately tragic tale of two brothers separated at birth, even now resonates most in its hometown.

The genius of Russell’s writing still shines out, particularly in his depiction of the childhood and teenage world’s of twins Mickey (Sean Jones) and Eddie (Mark Hutchinson).

Lyn Paul, of New Seekers fame, easily assumes the role of Mrs Johnstone and is depicted ageing as the story and years develop.

Whoops-a-daisey, I just realised the piece I linked to was local BBC piece - not local print media.

[Makes no difference though.]

i'm 11 and a halrf and my mum took me to see blood brothers at the empires matineea yesterday afternooon, i realyluved it a lot but my mum was angry cos of them swering so muche....but.,i still luv blood brothers and i want to go and see it again every time its on...so do my best friends on my msm that saw it as well
thank you
good nihgt.,, and even if i'm only young i like your blog too

Bad language or not I defy anyone not to cry while watching this great musical, especially the end. Talk about a tear-jerker. It's THE BEST. Each time I've seen it there have seen big macho men in the audience with tears running down their cheeks. Honestly.

Of course, they mostly try pretending they have something stuck in their eye. :)

Yep, plenty of tears alright but don't forget that for the first half of the show a lot of them were tears of laughter.

Hey Twilight -- and everyone, I just found out that you CAN get CDs through Amazon.

Hey, everyone! Know what else I just found?

All the lyrics -- FOR FREE!

Some great links and info there. I hadn't realised it had been on for as long as 25 years. Yet when my wife recently booked 2 weeks in advance there were only circle seats left. Amazing, still playing to full houses after a quarter of a century!!!!

Thanks for all the links to all info, Richard.

For years I've promisedc my wife I'd take her to see this show - but shanefacedly have to admit I still heven't. I can see I'm going to have to keep my promise - now that you've sold this to me. It sounds like I'd enjoy it myself.

Thanks Phil - I'm on my way to Amazon!

Cross your fingers, everybody. Cross 'em tight too. In fact cross every bloody thing you can manage to.

Willy said: "I've finished the script and along with Alan Parker I'm extremely happy with the result".

And about flippin' time, if you ask us.

I've seen this show four times and I still love going to see it. It's more than just a drama and|or musical. It's a piece of social history. The British working class and their miserable lot in life thanks to the money grabbing, work-shy toffs.

This is what the 60's recession actually meant and really did to the ordinary people. It destroyed many of them. Particulary the poorest and most vulnerable.

Others, it made feel as though they might have been better off if it had literally destroyed them also.

I would just like to point out that there has been NO change whatsoever to the script and is the same scropt we have been using since I was originally involved nearly ten years ago. I'd be interested to know when you believe the said "alterations" took place!! We have not updated or changed the script in any way and I can only assume that you didn't notice the language in earlier productions.

Anonymous (who ever you are) , I just caught you comment as I'm heading out the door so don't have a lot of time right now.

However, maybe the actors are 'improvising' then?

One immediate example springs to mind that's different to the two previous productions I've seen ~~ the scene where 'plate head' shoots his victim? None of the "effins" used last week at the Empire [matinee] were used in either the Nolan or Dickson versions I had seen.

If you are referring to "don't you fxxxing touch that" or "quick get in the house and bolt the fxxxxing door" then I'm afraid to say they have always been in the script. As is the ' ooh fxxk" that Sammy shouts when the police run on. I have the original methuen edition from 1983 right here in front of me and nothing has been altered. While I understand your sensitivity to the laguage (possibly bought on by the fact you had your 12 year old Grand-daughter with you) I would suggest finding a copy of the original sript as although blogging is a great way of getting things across, suggesting inaccurately that the show is some kind of re-boot could put some people off. As I said the show is not altered. we do not have the right to alter it nor would we want to. It is a work of utter genius that all involved are proud to be associated with... colourful language or not. Hope this clears it up.

While it's abundantly clear that you speak with considerable knowledge it really would be nice to know who you are. Should you wish to communicate further, confidentially via email [ thisoldbrit at googlemail dot com]I would be more than genuinely delighted. Really.

Regardless, I would not for one minute argue when you say "It is a work of utter genius that all involved are proud to be associated with... colourful language or not."

I'm sure you can see from the bulk of my piece [and extra the comments by myself in this comment section] my unbridled passion where Blood Brothers is concerned. In fact, I willingly & voluntarily go out of my way to "hard sell" it. Moreover, I'm certain that I'll see this show again and again - so long as I continue breathing. //;^)

As I said earlier, you seem to be pretty closely associated with the show (in one way or another), and in no way just a disingenuous 'debate for debate's sake' kind of person. To that end I can only say that on both previous attendances I was accompanied by my wife - who shares my observations/memories.

It is always possible, I suppose, that perhaps diction/soundquality/acoustics/whatever, were not quite as good as they could have been on our earlier attendances. Maybe the fact that on both previous visits we sat in the front stalls but this time up in the circle, makes more difference that I would have thought.

In summary, I will once again (publicly) voiciferously sing this fantastic show's praises:loud & clear - and from the very roof tops. I will, again, wholeheartedly urge all & sundry to see and enjoy this show - colourful language & all. Though I (now/still) honestly believe that adults considering taking pre-teenage youngsters along with them should be aware/informed before making any final descision.

Once again, thank you most sincerely for taking the time & trouble to contribute your valuable input. It is most appreciated. Really.

And, I truly would appreciate an 'indentifying' email, for the best of all possible and sincere reasons. Really.